Intwine Get outta my head


Intwine- Get outta my head

I like the way he says get outta my head.

Not sure again how I got here.

Darcy Lee
Leeda
Posted by ProBegger at 1:46 AM No comments:

Email ThisBlogThis!Share to TwitterShare to FacebookShare to Pinterest
Labels: Matrix, Movies in your head, Music 3

My Mum said this got bad reviews and I can understand why but I was able to bear the faults. It still could've been better. Still there were alot of effects and stuff. Alot of visuals. The story line just wasn't all there. Still a pretty good movie and I recommend you watch it at least once.

I was left feeling pretty good about stuff after the movie. Like this happens in real life. Still the masses need to be included. Equality is the goal.

Everyone has a part and some value somehow. I used to think equality is it. Probably still do even more so after reading the bible about it.

I saw this growing up.

I traded someone what they were going to have excess of for something that I had excess of. The thing is I don't know exactly what I was trading anymore.

Whatever it was equality seems like a good thing to go for.

It's separate from the world system perhaps.

I was trading in devices perhaps or processed calculations.

Pieces of something. Bits.

I think this was done under telepathy.

Still the goal is equality. Remember that.

Posted by ProBegger at 2:44 AM No comments:

Watched this a couple of nights ago and really enjoyed it. Would recommend to anyone old enough for explosions and gun fights. It was pretty much big budget action the whole way. Check it out.

Of course A.I isn't going to happen like this. It will be a brain computer interface at first. Robots will be much later. The BCI will be worth worrying about first.

Posted by ProBegger at 5:32 PM No comments:

Email ThisBlogThis!Share to TwitterShare to FacebookShare to Pinterest
Labels: Movie Previews, Movies, Movies I have Seen, Movies in your head, Moviez

Saw this today on a news website. My opinion is that they have already shrunk similar tech to a nano scale. It can tap into your optic nerve and see what you see and upload pictures to your mind.

This video is interesting though. It's a very new video at the date of this post. It's only 6 days old. 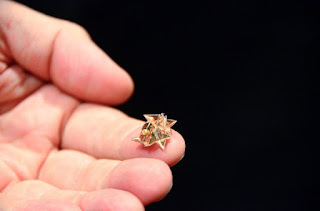 Check it out it gives a good insight in what to expect of technology of the future. I think I was looking at smart cities when I stumbled across this. A smart city is a city that tracks movement everywhere. Should help with crime but not with privacy.

Privacy is definitely an issue. The Govt want to read your mind. Steal from you. The bible doesn't help. There was world war one and two. The bible didn't help people then.

There is still hope. But it looks like i'm to live a life of torture and doom.

Your mind is not your own.

Darcy Lee
Leeda
Posted by ProBegger at 12:21 AM No comments:

MineCraft, But No Really Suffering and Torture. 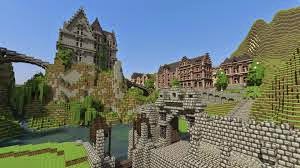 Never really played minecraft that much. Didn't see the point in moving blocks around and the version I had was real hard. Once you died u died. This city is impressive enough to add to my website though. Found this on my facebook page. 4.5 million hand placed blocks.

If only we could devote such time and dedication to building housing and feeding people in real life.

Some of the things people do for attention on Youtube cost a lot of money and consume a lot of time. Money would be better spent helping the homeless and feeding people. I want to see more of an effort alleviating peoples misery and suffering and pain. I can't really talk myself. I mean what am I doing over and above what others are doing.  Nothing at all.  I play World of Warcraft all day and night and waste my life away.

I have suffered terribly so know what it's like. It would be awesome to alleviate peoples suffering. But how.  What can I do. I ask these questions but don't have any answers. I guess first I really need to secure myself? Perhaps. But i'm fairly stable. I have the same bills each week.

I find I fall away from such ideas all to easy.

Like the saying "The Truth Will Set You Free". I reckon I need to do some soul searching and find some place to stand. I need to find the truth that will set people free. Thing is many people have come before me. They were much smarter. It's my suffering experience that wants me to help alleviate others suffering. But i'm not smart enough.

Although I have suffered I am not motivated at all to help others. Perhaps it helps to be kind. But this doesn't help another. Some people are unreachable perhaps violent.

The Matrix tech could possibly help with communication and could provide strength and healing. But that tech being revealed is far out of my hands though I once grasped such power if only for a few days.

So what can I do to help? If I were to give the orders they would be incorrect. If I were to follow orders I would fail. The issues of the world need stronger smarter people than me. 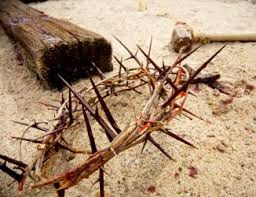 One problem is the smart people don't understand suffering. These people live in a paradise and suffering is so far removed from them that there isn't enough urgency. If suffering could be explained better and people could understand it better then perhaps such people would be more willing to help a sufferer and less willing to inflict suffering.

So much money is spent on weapons of death. If this money was to be converted to life instead we would be better off. Anyway again I have fallen away from helping the poor and suffering. I don't know how to help. I'm no longer suffering so it doesn't concern me maybe. But no. People are all to willing to inflict suffering, it even brings them pleasure to see others suffer.

It is truly an evil world we live in. Evil currently reigns. It's hard to see it ever ending.

God has failed. This has been going on for millions of years. I guess tech has to catch up. So if we don't wipe ourselves out then there are still going to be losers. Hopefully there will be justice and everyone can agree that it is justice.  Even the punished.

I don't see any justice at the moment. Evil has free reign. Evil is able to inflict torture on other humans. I am tortured by the American Govt. No one believes me. They have the power to read your minds. No one believes. I want to be free but I am not. I haven't done anything wrong.

Everyone gets away with so much because of unbelief.

I am tortured by the Govt. This is my only problem in life apart from poverty. But the Govt denies what I speak and you don't believe. You don't think them able of such things. The matrix tech is used to torture me every day and night. I have no rest from it. When will you come to my aid.

When will you stand up for me.

They torture for fun and pleasure and revenge no other reason. 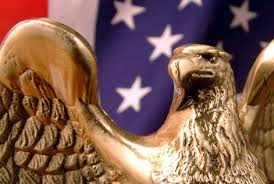 I am innocent. They brought this upon themselves by their own choices.

They chose to watch instead of help. They left me to suffer. They drugged me. Because I didn't like the songs and said America Sucks they chose and tortured me.

This is the worst modern type of torture you can imagine. Please help.

Only those who believe my words can help me. Now I know no one believes. No one bothers to help me. No one comes. No one does what it right. No one listens. Everyone is right except what I say. No one takes any notice of what I say. I am just delusional to you. Yet I don't lie. Yet I am not delusional. Yet I am not Schizophrenic. The Govt calls me Skitz and drugs me. They do this all the mean time torturing me with mind control tech.  I have suffered so much.

No one believes me.

No one has experienced my suffering. Right now my left ear rings louder than any tinnitus could possibly make.  It's so loud. They are torturing me for writing this. They subvert all my thoughts. They limit them so they fit inside their computers memory. I'm not allowed good thoughts. They say the opposite to everything good.

But you don't believe me. You believe their words and appearances. You believe what they have made me with their machines. They have made me deaf and retarded. Tech has done this. Not my lifestyle. They use people's unbelief so that I am a nutcase skitzophrenic and you and your thoughts are safe you believe.

Why do you let them torture me? It's your unbelief that lets them do it.

You have failed as friends and good people. There is no one good. Not one person believes my testimony. I don't hold any weight other than I am a crazy in your eyes.

Your Thoughts May Not Be Your Own.

I guess if I do have anger issues it's only because i'm tortured.  Not that such torture is recognised by anyone other than myself the torturee and the torturer.  It's not very fun being a tard and having people read your mind with technology.  They must do it to a lot of people from a very young age.  People upon people they must be manipulating everything without people knowing.
I think some disassociation from ones thoughts and not giving ownership to every thought that you ever have. Some thoughts are not your own perhaps.
Don't own every thought and feeling as yourself it could be coming from an external source.
If you have bad negative thoughts that gate you and hold you back then maybe they have been planted there. Every single last bit of negativity. Perhaps it's time to recognise them as not of you? They will be tricky and deceitful. Speaking in your own voice. They will sound like you. Plan on defeating such things.
Leeda.
Darcy Lee.
Posted by ProBegger at 3:05 AM No comments:

These are all videos of me reading out posts I made on this website.

This one is Virtual Reality Linkin Park and describes there relationship.


This one is Video Posting Your Website, and describes about these video posts and what i'm doing.


This one is 10 Things I Would Buy If I Had The Money. Need about 10k to buy everything on the list.

Imagery in your head. Pictures in your mind. I have a ringing in my ear all the time. Beware The ring in your ear.
Posted by ProBegger at 5:05 PM No comments: