Asking For a Revelation About Jesus Christ.

This is another thread I created on Abovetopsecret.com entitled "Asking For a Revelation".  In the thread I ask what Jesus meant when he said eat my flesh and drink my blood and being born again.  I'm still in the dark as I guess no one really knows.  Anyhow here is the thread: 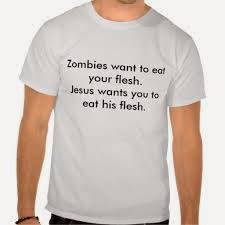 Are you able to provide for me a revelation about Jesus? Like this. What did he mean when he said eat my flesh drink my blood? How do you eat his flesh and drink his blood. I thought of it as telepathy for a while. Genetic coding. But it could be anything. This is why i'm asking for a revelation. I don't know what Jesus meant, would have me do and how to solve the problem

As iron sharpens iron, so one person sharpens another. So in this case something is passed passing from me to you in trade. Jesus words are his flesh and blood perhaps, the words of his that are printed in the bible, these words are pretty much all we know about him. So words passed in unique combination in this code we call language have the ability to help others or destroy.

John 6:63 The words I have spoken to you--they are full of the Spirit and life. Jesus said this. How do you capitalize on Jesus and the words he spokie and get maximum life and spirit out of them? Jesus words are pretty much still a riddle and total mystery. This is why I do discuss them when others talk about science. Why is Jesus and his beliefs any different than Tane the Maori God of forest and birds. Need your revelation on this as well. Hitler was able to get people to follow him. I'm finding it more absurd to believe in Jesus without some kind of revelation that sweeps the world. I need more stories of Jesus from people. If I am to imitate Jesus then these words of mine also contain life and spirit though not on the scale of Jesus probably. There is the power of life and death in the tongue, in these words I speak and your response.

So what is your revelation of LOVE that you communicating. I think often as we try and help others the first thing we should be doing is trying to help ourselves. We are weak. Did you know we are in the dark. We don't know very much. We are in the dark over so many things. Scrambling around bumping into each other imitating and copying each other but no one really knows. All the big secrets are just that. Secrets. Things that would provide light are hidden away.

We all operate in the dark. We think in the dark. If you are able to communicate to me a solved piece of the puzzle then this is good for me and possibly I can trade you for a puzzle piece that I have solved of equivalent value and this will create work for both of us but probably not. I'm looking to gain from this post in some way. Gain something. Hopefully life. I'm a little short on love and life at the moment. 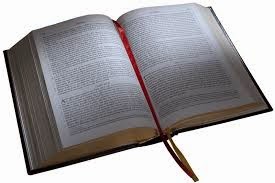 I'm also looking for charity as I am a charity case. Not money or material items but items of other trade like words and thoughts and feelings anything charity wise you want to post. Charity me a post in this thread or a star and flag. Charity me with your generosity.

What is something you want to write about? This thread is pretty much open. Is it only God who can bring revelation?

I struggle with Jesus because of Noahs Ark, and repopulating every animal from only 2 of a kind and us all being related to noah. Also Jonah in the whale seems a bit absurd. Moses and a couple million people wandering the desert also seems a bit far fetched. Jesus actually uses Noah when he says it will be just like in the days of Noah at the second coming.

I have trouble believing in Jesus yet some part of me still fights for him even though it's so far way out. I really like his sayings. I like Good. The new testament has become like a Tolkien Epic for me.

Everything comes to a dead end. All I can predict for myself is like others before me I will die. Perhaps there is a way to solve this. This seems to be a core effect of what Jesus was trying to achieve. Jesus fought death and came to bring immortality.

I'm looking for revelation and charity, knowledge would be nice also as would any gains or benefits. How bout proof of love? Do you love me? Perhaps you could demonstrate LOVE for me so I can imitate and incorporate. Does anybody really love? I dunno?

Beware the pain, suffering, misery. Beware. Plan and practice for it is greater than you know. Humans have the potential to suffer ever so greatly. Pretty much practically everyone underestimates just how great pain can be. This is my trade to you. Involve your thinking more about suffering. If you do actually suffer this thinking could possibly help you.

One thing. If your in pain let people know. Don't let them write it off as something else like schizophrenia or anything other than you are in pain a wrong diagnosis could stick with you all your life. Tell them forcefully about how you are in pain.

The pain can be kind of hard to locate exactly where it is in the body but keep telling them. Demand drugs to mask the pain and when in better feeling try and help the doctor to find where the pain is. Get xrays and whatever other scans available.

No one actually cared that I was in pain. I pretty much shut up about it. It was extreme always on for 10 years. You have just underestimated pain again and weren't even in the ballpark.

Check your diet. It may help to eat better and different foods. I ate poorly as finances were an issue.

Sorry to have bored you. 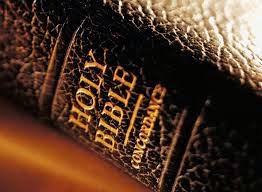 So that's my thread about Jesus asking for a revelation.  I didn't get one.  It's highly likely that Jesus is a fake. It's hard to say if he did miracles and was raised from the dead.  There is no proof.  I would like to believe in the works of Jesus like feeding 5000 people, walking on water, resurrecting people from the dead but they seem pretty much a myth now.  Nothing has happened in 2000 years and we all still suffer.
I would like to believe in Jesus as the New Testament has become like a Tolkien Epic to me but I struggle to believe because of Noahs ark which in literal form seems impossible but yet Jesus says that his coming will be just like the days of Noah.  Also Jonah in the whale, I don't believe that either.  Moses I can possibly believe but parting the seas would be difficult.
The whole bible and Jesus thing seems like a great big myth and legend.  The world surely does not know God if he exists.  God hasn't saved me ever from anything.  I haven't had any contact with God that I can recognise.  I think that I have to come to the conclusion that Jesus resurrection is a myth that can't be proved.
I do love the bible though mostly the new testament. I love Jesus teachings they are awesome.  The thing is Jesus probably did actually walk the earth and died a horrible death and suffered majorly.  To bear the suffering that Jesus probably did is surely a hard thing that not many can do.
I love the new testament bible but I can't as yet believe the story that the churches propagate. 2000 years after events there is very little proof, evidence or facts of exactly what happened.  It's really upto God to prove himself.  I have tried but failed.  I can no longer think clearly enough to try and understand really.
So yeah I don't really believe in Jesus but I try to.  I find some of the attempts of other christians to convert people into belief hilarious and very amusing.  Some of the beliefs generated from the bible are so dumb but yet people still hold to there beliefs.  Like the earth being 6000 years old.  The bible says the world in it's wisdom didn't know God.  There is only a small possibility that God exists.  I have looked into it and don't see the actions of Jesus in my day to day living.  I wish he were true but it seems not.  So yeah I don't really believe as much as I would like to.  The truth will set you free I believe this and would love to know the truth about everything and anything all truth all the time.  Buy the truth and do not sell it.
Anyway enough from me.
Darcy Lee
Leeda
Posted by ProBegger at 1:44 AM No comments:

So to post something bad. Terrabad. I'm wondering what Jesus meant when he said things like you must eat my flesh and drink my blood (john 6 in the bible). I wonder what the secret is.

So for 2000 thousand years people have been wondering what Jesus meant. I don't know.

John 6:53 Unless you eat the flesh of the Son of Man and drink His blood, you have no life in you.

It's like a riddle. Maybe it's real important. People still haven't figured it out yet in my opinion, I don't know either and I wonder if it has any importance towards immortality. How importantly should this be rated. I think immortality will be invented by science probably long before it can be figured out.

Maybe you need to see something to work it out. Like a key. If you knew what Jesus was referring to when he said eat my flesh and drink my blood. God is a dying cause in this day and age. Science is king at the moment. Religion has been reigning for the last 2000 thousand+ years.

I want to know what Jesus meant. He is hiding something. With these words. Something that could be explained more plainly. Eating his flesh and drinking his blood sounds cool because I reakon it's true that you can do it he's just refering to what he means in a hiding it unless you've seen something or understand something way maybe. He's hiding something with the truth in plain sight. I wonder what he means.

But truly I don't know. Whats your boring theories.