September 11 was a historic moment in time. Millions of people from all over the world watched as a second plane hit the second tower live on television.

Then the world watched as people jumped to there deaths and then finally the collapse of both the 110 story towers.

I watched it live on television myself. It was pretty much like a movie. Full of action.

Many conspiracies have sprung up regarding the events surrounding that day. Security has been tightened at airports and many anti terrorist agency taskforces have been set up. Billions of dollars have been spent.

None of this has much to do with me. I made this whole entire phonecall live on a New Zealand nationwide talkback radio show where I yelled war and called people to war. This was all 2 days before the terrorists did their thing on September 11th 2001.

New Zealand was ready. I made sure. You have to hear the phone call. I think you would like it. The phone call.

It smashes the terrorists. But for some reason the government won't let me have a copy of the phone call. Anyway this makes me sad and angry. I need to get a copy.

Mostly because i can make some money and get like a million hits on YOU TUBE. Maybe also attract some mainstream media attention. Get a little famous.

I'm pretty sure if I have the choice I don't wouldn't want to be like super famous not that I really have to worry about that. But even a little fame could be challenging.

It's been nine years since the attacks. I'm still not prepared to give up and I will get a copy. It would mean no more needing to ask for money on this website.

That would be great. Having a house with no mortgage. This is what getting a copy of the phone call means. I sincerely believe that a majority of people will be very interested in this phone call. I yelled WAR and called people to action in a very cool way.

Anyway thats all from me. Same stuff again.
Posted by ProBegger at 5:17 PM 1 comment:

Virtual Reality. Pictures in your head. New Government Technology. Technology that exists today. The ability to immerse yourself inside a world, inside your head.

Virtual Reality exists today in this form. They are experimenting in this area and have had notable success. Now if you tell anyone about this technology then you are called schizophrenic.

This is how secret the technology is. Things like video recordings computer generated images other peoples thoughts can be sent direct to your mind.

This is the future of entertainment. Of education. Of pornography. Of the internet. Of anything that uses or has need of a screen. A laptop, cellphone, Tv.

It will probably be a long time before the technology to do this is available to the public. And it will be kept secret for a long time. The technology has the ability to govern.

What do you think of this. Leave a comment. Am I just delusional and making this up. I honestly tell you i'm doing my best to tell the truth as I know it.

The technology is definitely very real. There is a school where people train on this technology.

What are some other uses and purposes for this technology giving me the benefit of the doubt and saying it's real that you the reader can think of. It's basically the matrix reloaded.

There is a problem with ram and not having enough but that won't last long as computers get faster and faster. It kept coming up asking for more ram.

Yes i've had experience with the technology. First hand. I don't know how it operates just that it can all be done wirelessly. A picture in your head.

The picture is a little grainy but fine quality. I am just an amateur and have been told as such. I believe my rating is a lot lower than that though.

This is what to expect in the very near future. The ability to send even text messages direct to your mind has existed for over 10 years.

Lapsing into something else, but something someone said makes me wonder if the government has knowledge of Extra Terrestrials and is not telling us. Now me writing about it here is not going to change anything. But what do you think. Leave a comment about this as well.

Extra Terrestrials definitely exist in in the universe. How advanced and how intelligent is another question. How much knowledge the government has about this/them (the extra terrestrials) is also another question. I think they know more than they are telling from some inside information.

We are not alone.

Artificial intelligence ties in with the virtual reality. It has the ability to think. To reply to questions. All with pictures in your head.

I can describe it as dreaming as they have some power over this to. Imagine dreaming. But being awake.

Anyway enough from me.
Posted by ProBegger at 1:31 AM 3 comments:

It would help us both potentially. If your interested and have an offer then click the contact link in the right hand column with your deal.

This site doesn't get enough hits to start selling advertising on it, yet. I need to get some backlinks to this page to improve it's page rank so that i'm found in google more.

I've been trying for four years to do this. No success. Complete fail. Anyway send your offers.
Posted by ProBegger at 5:21 PM No comments:

What are your comments? What does FREE SPEECH mean?
Posted by ProBegger at 1:37 AM No comments: 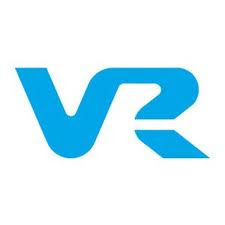 Virtual Reality is real. The ability to post an image in your head. Directly into your mind. The image can be anything from following a skateboarder to a helicopter to a naked chick. Anything you can see on a computer screen or filmed by a video camera can be shown in your head. Not to mention the worlds of A.I.

The government currently has this technology. I don't know how it works just that it works. Virtual Reality. Coming Soon.

Darcy Lee
Posted by ProBegger at 1:15 AM No comments:

Free Speech is important I believe. I wonder what the impact of Artificial Intelligence will be on free speech. A machine that talks to you. I don't exactly know what free speech is.

What rights do I have as a human? I'm trying to imply that I don't have free speech at all. It's just another thing. My phone call has been censored for nine years now. In the phone call I yelled "WAR" 2 days before September 11th 2001 live during prime time on nation wide talk back NZ radio. People would have an interest in this phone call. Even if they didn't I still cry in the name of. Free Speech or what ever gets a copy of my phone call.

They are censoring my voice. They are denying me free speech and there is no one.

Government who has a copy of my phone call please give me a copy now in accordance with my right to free speech. Please stop censoring my rights and my ability to post material on You Tube.

WE THE PEOPLE.
Posted by ProBegger at 12:55 AM No comments: