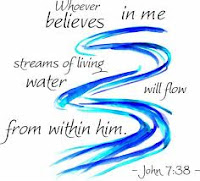 So about 4 years ago when this blog was first starting up I posted about Living Water and how one morning I woke up and had some. Also I talked about fire. You can read one of the posts HERE.

John 7:38
Anyone who believes in me may come and drink! For the Scriptures declare, 'Rivers of living water will flow from his heart.

John 4:10
Jesus answered her, "If you knew the gift of God, and who it is who is saying to you, 'Please give me a drink,' you would have been the one to ask him, and he would have given you living water."

The woman saith unto him, Sir, thou hast nothing to draw with, and the well is deep: from whence then hast thou that living water?

Jesus answered and said unto her, Whosoever drinketh of this water shall thirst again:

Rev. 21:6
And he said unto me, It is done. I am Alpha and Omega, the beginning and the end. I will give unto him that is athirst of the fountain of water of life freely. So like I was saying. One morning I woke up had a drink from a glass of water I left out over night and it tasted the most brilliant beautiful it was living. It tasted alive. Also i've talked about fire, on a couple of occasions i've had the inside of my stomach where my abs are 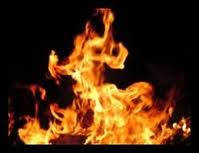 Here are some scriptures for fire:

Jer. 20:9
Then I said, I will not make mention of him, nor speak anymore in his name. But his word was in mine heart as a burning fire shut up in my bones, and I was weary with forbearing, an 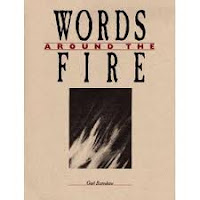 d I could not stay

Jer. 23:29 - Is not my word like as a fire? Saith the Lord; and like a hammer that breaketh the rock in pieces?

Matt. 3:11 (Luke 3:16) - I indeed baptize you with water unto repentance: but he that cometh after me is mightier than I, whose shoes I am not worthy to bear: he shall baptize you with the Holy Ghost, and with fire:

Acts 2:1-4 - And when the day of Pentecost was fully come, they were all with one accord in one place.

And suddenly there came a sound from heaven as of a rushing mighty wind, and it filled all the house where they were sitting. And there appeared unto them cloven tongues like as of fire, and it sat upon each of them. 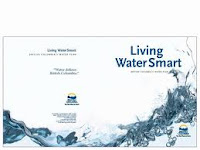 So the reason i'm talking about Living Water and Fire is that it ties in with Virtual Reality technology.

I apologise for all the scriptures. I just wanted to be really Jesusey.

The government has invented technology that can alter your perceptions and internal thinking. It can set fire to your insides, a nice pleasing beautiful pleasurable fire just like baptism of fire. I'm sure it would totally fool most Christians if it was presented as god. Also technology to that has the ability to make water taste like it's living. Just like scripture. Which would also fool most Christians.

I guess i'm just updating my beliefs. I wrote the fire and living water off as delusions when really I now believe after further evidence they are technology induced.

So living water and fire. Both Technology induced. Both in the bible. If they were real I would have changed the world or something. By real I mean whatever the bible was talking about.

According to scripture the living water turns into Eternal Life. I'm not sure what the fire is supposed to turn into. I wonder what sort of fire Jesus is supposed to baptise with because obviously it's not Jesus who baptised me i'm pretty sure it was government tech. 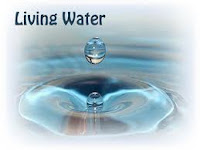 So i've been baptised with fire and living water unfortunately it wasn't Jesus. Damn. Very sad I could've had the powers to walk on water or feed 5000 or raise someone from the dead if they were real.

I just wanted to update my change in belief over the living water and fire since my original articles over 4 years ago, for the future readers of this blog when i'm famous.

Thats it for me

Posted by ProBegger at 1:21 AM No comments:

Sorry to displease the government gods. There exists a secret technology that has the ability to send full motion video directly into your mind. This advanced secret technology can either send full motion video from a live feed directly into your mind or it can be any computer graphic or anything you can see on a computer screen. It also exists in 3d.

Another thing it can do is send text messages. It's a kind of Virtual Reality Technology.

Another technology is the ability to read and discover hidden thoughts in yourself. They can ask you questions and before you even know you are answering thenm.

Yet another technology is Sex on Fire. Or at least fire. They can give you a sensation that your body is on fire. Like burning. Very pleasant but hard to describe.

So as far as tech goes this stuff is of the future. They have a school where people train on this tech.

I had this dream that I got expelled. It was scary. Proberly true though. I was like "Fine f***ing expel me then". For my bad behavior.

Another technology is the Artificial Intelligence hooked upto the video to mind tech. I'm not sure how powerful it is but I did get a couple of times the word "RAM" come up meaning it didn't have enough to carry my thoughts. They'll sort that out soon enough. Beware the New Life.

Aslo another tech is they can mess with your dreams. Making them very vivid indeed.

Thats all I can think of in the way of Advanced Secret Technology. As a last minute thing they can also see through your eyes, see what your seeing.

Any of this technology could be used as a possible weapon or to manipulate. But the potential for education and the pursuit of pleasure is pretty good. Don't anger the Government Gods.

DARCY LEE.
Posted by ProBegger at 8:10 PM No comments:

Robots and Reading the Mind.

Posted by ProBegger at 4:02 PM No comments:

In an interview with Robbie, Marieke and the Doctor on Australian radio station Triple J, Nathan Followil explained that the band never intended the song to be named "Sex on Fire".

"They were totally different lyrics. Depending on whether a song starts with a melody or starts with lyrics, you know if it starts with a melody you just keep playing the melody over and over until you get it down and just throw in any lyrics that fit the verbal flow. It was actually going to be "Set Us on Fire", but one of the sound mixers in the studio walked in as we were playing and said, "Sex on Fire", huh?" And it just kind of became a running joke, and we stuck with it.".

Nathan also said that some lyrics tried were "Socks on Fire", "Snatch on Fire" and "C***s on Fire"

Based on True Story.

I'm into the government technology conspiracy now. Believing the government has technology to send video, picture, text, voice, directly to your mind to see what your seeing to know what your thinking and various effects/states also Artificial Intelligence. Shhhhh SECRET GOVERNMENT TECHNOLGY and such. Nobody believes me. I wish someone would believe me.

OMG, Sex On Fire.
Posted by ProBegger at 7:21 PM No comments: