Guest Post By A Friend About Rugby World Cup.

This is a post typed by me but spoken by a friend. It's his predictions for the Rugby world cup 2015.

The loser between the Irish and French will play the All Blacks in The quarter finals.

If the french get through All Blacks beware.

Aussies are underdogs. Watchout for.

Dan can see the All blacks choking under pressure against whoever they play in the semis.

Go the Aussies. I am backing with my faith says Dan.

Good to see England couldn't get out of pool play.

All these are comments by Dan. I just typed them for him.


Here are some photos of the traitor to NZ Dan supporting his mountain dew bottle:

I think Daniel is looking to be hated by New Zealand. He is looking for 4 million haters. I say GO the ALL BLACKS. Two in a row.
Predictions Rugby World Cup 2015 RWC.
Posted by ProBegger at 5:08 PM No comments:

Champagne Showers the second and follow on single from Party Rock Anthem and continuing with the shuffling zombies.
Posted by ProBegger at 10:03 PM No comments: 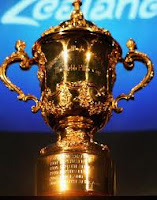 So the opening of the Rugby World Cup happened on Friday at 7.30pm NZ time. I'm not much of a sports fan really but the opening was quite impressive with the ground having some sort of visual display projection technology broad casting on it and people moving around interacting with the images then afterwards heaps of fireworks. Not bad.

Rugby World Cup. I don't think the New Zealand All Blacks will win but i'll still cheer them on. There is a small chance that they could win but there are a lot of very good teams. New Zealand hasn't won a world cup since 1987. Still yay New Zealand Go All Blacks.

There are 20 teams in total. The Rugby World Cup will cost New Zealand $280 Million to host. The final will be played on the 23rd of October 2011 during New Zealands labour weekend which is a long weekend.

I won't be watching much of it. But i'm sure some people will be very happy with all the rugby that's going on.
Posted by ProBegger at 10:26 AM No comments:

Hi. (That's polite) I would like 1 Billion Dollars. To Fight Terrorism. They shalt tremble in fear. At my mighty billion dollars. Thats just a passive ability.

I believe I have earned it. And the price is now ONE Billion 2011 Dollars US. Watch me before your eyes earn One Billion Dollars Two Thousand And Eleven Dollars.

What would you do with a Billion dollars?

Right so the first thing I do is like the billion is deposited into my bank account. I buy a car. Maybe like a Rx8 if I can find one where I live or something cheaper till I can get to a real town to buy a real car. No one knows I have the money still.

So then I have to buy a house. Possibilities include renting one. I definitely buy some land. But to do all this people probably suspect something about me having lots of money.

There is lag time you see before when you get the money to when the media find out. What are your suggestions for a great story as to having a billion dollars. I need some advice for an up and coming billionaire.

The Social Network (the movie) is about the founders of face book and now the worlds youngest billionaire Mark Zuckerberg. Mark is 26 years old. To quote the movie roughly, "A millions not cool, you know what's cool, A Billion."

Ok. So i would make like 200 millionaires or maybe like 150. I would give all my relatives, friends now and friends from long ago i would give 1.25 million New Zealand Dollars each so they can spend some and still stay above the million mark.

My parents and brothers I would give like 10 million each. I would actually try and negotiate with the government some sort of deal so there would be less tax taken on the gifts of money but truly thats really dreaming.

I would want say 750 Million to 800 Million Us dollars left over. Now the tricky part is that I want to earn 5 percent interest or more with out any risk of losing money. This would give me some more cash each year and I could slowly over my life time make say 20 millionaires each year and still have some cash to accumulate property and land.

There should be an online database for billionaires to goto to learn about money. There probably is. I have some questions. Mostly dreams. Post your dream.

I would want to keep it quiet. But that would be impossible eventually. K funs over. Back to reality. This is pretty much as far as I get spending one billion dollars and I go over the same stuff all the time. I don't want to travel much... Guess you can still get bored even with a billion dollars. I'm going to be a billionaire. Am looking for things to do. Watch Me. I can Dream.

Whats your ideas.
Posted by ProBegger at 4:45 PM 1 comment: