This is the GPUZ of my new video card, an ATI Radeon HD 7750 Sapphire 2gb.  It cost $130 nz dollars which is about $110 US dollars, the $130 cost includes $10 for courier.
Since my original 600 watt power supply blew up I thought that it had taken out the video card with it.  I was only running an old 400 watt that was very dusty.  It had enough juice to power an ordinary 64mb pci video card but not enough grunt to run a pci-e.  I didn't know this till after the new video card wouldn't run either so I new it had to be something else.  I finally managed to borrow a 550 watt power supply and both video cards worked fine from then on and I am now able to run dual monitors.  I have a 22" and a 17" set up.
Anyhow I now have to spend the rest of my hard earned Diablo 3 money on a new power supply.  I had a go with Diablo 3 and my new video card and it is alot better.  It doesn't lag for so long when there's alot of stuff on screen happening.  My new power supply is going to cost about $66 dollars including courier for a 600 watt.  600 watts should be more than sufficient for a while.  I got like 6 years out of my 400 watt power supply before it failed like it did with not being able to run a pci express video card.  I hope all is well with how it fits into the case and such.  It's a pretty small case.  I wouldn't mind a new case.
So with Diablo 3 as an update I have now earnt and drawn down into my bank account $145 US dollars or I got about $164 NZ dollars.  This is all since beginning trading on the 28th of March 2013 and it's now the 7th of May 2013.  I did have a brea k in trading cause my computer was down with no power supply but that was only about 3 days.
As I write this I also have about $30 dollars in sales waiting to clear and go into my paypal account which will take the balance to about $40 dollars.  It's good.  I only just drawn down some money and I got almost enough to draw down again.
My next drawdown is going to go on my phonebill as that's about $200 in debt.  After that is in control i'm then going to buy a new monitor hopefully.  A new 24" screen for around $180 NZ dollars I think they are.  I hope I can make it quicker than I can spend it.  Lol.  Not.
Anyhow enjoy the GPU Z of my new 7750 video card and my mad rambles.  If you ever played Diablo 3 consider using the Real Money AH again if you have stopped playing.  There's still money to be made.
Posted by ProBegger at 11:41 PM No comments:

I have been talking about Diablo 3 Real Money Auction House in my last post and will update now.  On Sunday the 21st  of April 2013 I passed $100 dollars US in my Paypal account for the first time.  That same day I withdrew $90 US which basically equalled $102.93 NZ Dollars and on Wednesday the 24th of April 2013 the money was there in my account.
That all being said I was going to spend the money on buying World of Warcraft Mists of Pandaria and 1 months subscription.  Unfortunately on Tuesday the 23rd of April the power supply in my computer decided to die taking with it the video card.  I have a spare power supply but it's only 400 watt and it's quite old like nearly 8 years old so it will need replacing soon enough.  Anyway I have ordered a new video card.
I spent $131.41 cents including courier on an ATI HD 7750 which according to a review written days ago is the most powerful video card in its bracket for the money and it's also the most powerful before needing an external power supply.  In other words it draws all it's current from the PCI-E slot.  According to GPU Z it's nearly twice as powerful, maybe two thirds as my old card which I paid $185 for back in 2010.  Plus is has 2gb of ram.  My old card an ATI HD 5670 had only 1gb.
I also spent $12 Dollars on couriering 2gb of ddr2 800 MHz of ram that I bought that was faulty and made my machine crash periodically.  It was $6 each way as it had to go to Auckland where I bought it from.
My mum paid some of the cost of the video card but it means that I can't play World of Warcraft as all my hard won Diablo 3 money went on the video card.
So anyway that's it.  All my extra money I earnt has gone....  Although, I have been getting a few sales recently and my Paypal balance will be up to $58 US dollars by this time tomorrow once some money has cleared.  I still had $10 in there from when I withdrew the $90 but this does mean I have earnt yet another $48 dollars since the 21st of April 2013.   I earnt like $150 US total in a month from March 28th when I very first started trading in D3 to now.
Cya
Darcy Lee
Posted by ProBegger at 11:20 PM No comments:

A letter from Kerre Woodham to Darcy Lee.

This is something that Kerre Woodham said in an email on the 30th of the September 2010 while ago. Kerre was the host of the talkback radio show I made my phone call to where I said "They don't think" 3 times, then yelled "WAR" as loud as I could over the phone as an alert and general warning, then finishing by saying "The Thing" "The Thing" then saying "arrrrggggghhhhhh suffering" predicting suffering.

This was all just 2 days before September 11th 2001 all live on radio talkback air.

The first email from Kerre reads:

Darcy, if you don't start taking your pills, I'm going to send the doctors round again. You're not well. No organisation keeps records for more than a year so even if you think you made the call, there will be no record of it. It's vanished into the ether. Google it, and you'll find out that's correct.

There is no record of any imagined call. Now take your pills and leave me alone or I'll get an outside agency to help you do so.

That was the first email.

The second email from Kerre reads

Right. That's it. You are now spam so I will never receive your emails again and I'm sending the doctors round. They'll be there in the morning.

Not only do my phone calls exist somewhere for they are the base of many modern rock songs by such artists as RHCP, Linkin Park, Greenday, Eminem and that's just not something you delete but also she is denying the phone call outright.

Such fun i'm having living in poverty when I could be capitalising.  I really would like to see my original phone call on You Tube.  It does exist somewhere I know it.  I need a lawyer.

Does anyone have any suggestions?  Probably not.  So I guess it's the end for me.  Dun Dun.


Posted by ProBegger at 6:58 PM No comments:

Hello World. This web site is entrepreneurial. I'm trying/attempting to make money. So far i've meet failure. Any money I earn of which I haven't earnt any is going to go towards my daily living costs. That is unless it's alot of money which would be worthy of saving. If I made alot of money it would the money eventually go towards a house. I live off a government benefit so am very poor. I will be living off the benefit for the rest of my life.

My paypal account is ready to receive money via credit cards. It's tested. It works. I've transfered $20 dollars that I earned through world of warcraft from my paypal account to my very own bank account and then withdrawn that money.

What am I missing? Traffic. I'm only a page rank one site. I'm getting between 1-5 hits a day. I'm simply not getting many hits from google and google is my main and only traffic source. I know I want this website to be about Virtual Reality and minorly but eventually if I ever get a copy a certain phone call then majorly about the September 11th American Terrorist Attacks.

This tech exists now. It's being practiced. This means nothing to the average person. When will virtual reality technology be revealed to the general public well I don't know. If you believe me you are one of the few if only. It will be the greatest innovation since the internet. Not many people will read this website before this technology is released. And it will probably be many years before it's release.

I need money to buy a house and live day to day. At the moment I pay rent. I also need money for a 50" television. I need to make an income. I think i'm dreaming.

I've been reading a blog at www.shoemoney.com which sort of centers around making money. It has given me some inspiration. But theres no way I could ever be that sucessful.

I would like oneday to set up a charity. When i'm famous and can get money just from the fame. When i've made alot of money already. A charity to feed, house and educate people. Still dreaming.

So yeah I need to make an income per week but at the moment I have no ideas. Virtual Reality is not doing much as a topic as it is still very fringe. Once everyone starts experiencing virtual reality then there will be alot more talk about it but this website will be drowned out by everyone else or by the time virtual reality pictures in your head is revealed i'll be dead. It will be an amazing innovation.

I have such limited information about it that I can't sell it very well. I have no evidence. I have no proof. It's amazing. It exists. Yet to be believed.

If you gave me $100 I could convert that to maybe a few weeks food mostly take outs and a movie at the local theatre here in town. Also it would last a few weeks. It wouldn't be spent all at once. 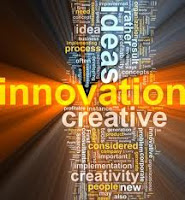 rom food. It's only when you donate like $1000 dollars that I could purchase some electronics like a 50" Television. Another item I could use would be a laptop. A real luxery would be Sky TV. More TV channels.

So going by this post any money I make will go on just feeding me. I've made about $35 dollars through the ads on this page. But that's over like 5 years. So the ads are my main source of income. I haven't so far been given any money by anyone.

I'm tiring now it's quite late here. I'll leave by asking you gift me some money which I will convert into food, savings a TV or laptop I can't think of much else I need. I just need to make a little more money each week to get by on. Also if you can't donate then possibly leave a comment or follow me on FB or twitter.


Posted by ProBegger at 4:30 AM No comments: