White House = War Darc = What Else.
Two in One.
Added Labels "Whitehouse" and "Politics" and "Wisdom"
Posted by ProBegger at 12:24 AM No comments: 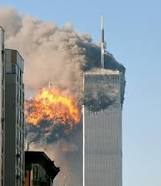 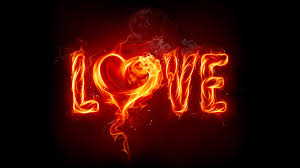 MY PHONE CALL ON YOUTUBE is all i'm saying, this is the bottom line.  I guess i'm kind of saying America Sucks a little to. This has gone on long enough.
If it were any closer to being broken then it would break is not the truth. It's never going to break. Not by my effort will this happen.
My will to get my phone call on YouTube is immovable. It must be there. This is only fair and real. So i'm saying America Sucks simply because a piece of history is being defamed. My phone call I predict will earn 10 million hits in it's first week. Maybe not but it will get alot. It will gain momentum. No one can say how well it will do but I know that it is history.
This Phone Call that I made that has been classified must appear on YouTube.
This is my answer to their arguments that they use. Any other opinion about this phone call is a lie. This phone call must appear on youtube.
History must be made whole and right. This phone call is missing. It's not right. It's totally wrong. This phone call must be on youtube.
My phone call is missing from YouTube.
This phone call is a piece of the worlds history in the making. It is art. It is Warfare.
You the reader must ask yourself and will yourself. This is important. 20 million Unique YouTube Hits says this is important.
Honestly even if it gets 20k in the first few months then still justice and right has been done.
This phone call must be on YouTube.
I will not back down.
I speak these words "PHONE CALL ON YOUTUBE". I stand here, I will not fall. What can come against me?
It must be done.
This phone call must enter the public and be peer reviewed but also by the world not just the elite.
This is a fight against a secret elite.
Powers and Principalities.
Phone call on YouTube.
This must happen.
It is truly important for the world.
Immense suffering is behind this.
PHONE CALL ON YOUTUBE.
Today.
Darcy Lee
Posted by ProBegger at 11:38 PM No comments:

Take Me To Your Leeda.

I posted the text below on about 5 different forums.  On one forum,  Bibleforums.org, I got my account banned (Lol), on another forum, AboveTopSecret.com, the post got deleted.  On ChristianForums.com, Bodybuilding.com and Longecity.org the post still exists but the thread has died a horrible death. Longecity.org has 71 views and is still near the top of the forum but it doesn't see much action really.
Anyway here is the post: 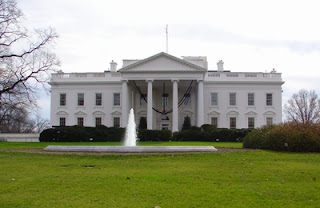 Post anything you want to say to "The Powers That Be" here in this thread and I guarantee you if they like it, it will go to the top. This means posting in this thread gets you in front of President Obama and his aides. Or even higher people that exist outside the Pres in total shadowness. I guarantee that if it's important or somehow something they and these people will read it.
Can you make them laugh with some of your wit? Maybe you can? What are you going to say. Do you have words and wisdom that none of your adversaries will be able to resist or contradict. You have been delivered before Kings and Governors and Presidents.
Believe and so speak.
Leeda.
I use the nickname Leeda when it's available.  Anyway here is the one reply that I got from christianforums.com from the user Gottservant:

We should believe we are heard.

We should believe we are heard when we pray too.

But prayer is more important.

That was his post.  None of the other replies on the other forums are worth mentioning.  I suppose if you posted a comment on this webpage and it was important then it would probably go up to the top through my handlers so by all means leave a comment if you dare it could be seen by the President, no really it could.
One day if I ever become famous i'll start my own forum, it will only work if i'm famous because that will be the only way to get members.  I'll pay money and everything to set up a forum and run ads so that it eventually pays for itself.

Leeda.
Posted by ProBegger at 12:36 AM No comments:

I Love You America.

Going to post "I lover you America" on here to see if they'll donate any money.

I love you America.

America is nice and rich. MMM. The thinking is if I love them they'll give me money.

I could get ignored. Which is no money. I could get something like "we don't want your love" Or "Your love is worthless". Which is also no money. They could also just accept my love and still not give me any money. They are of course the Americans under no obligation to love me back.

Me love you America.

I guess i'll just get ignored.

Anyway I love you America.

How about donating.
Posted by ProBegger at 6:28 PM No comments: