I've added a couple other songs of TFK before. This is yet another. I'm liking this band. Again this is one of my songs that my words feature in. Check it out. Rawkfist.

Darcy Lee
Posted by ProBegger at 7:05 PM No comments:

Again searched to see if this had been added and don't think it has. This is another of my songs featuring my words. Check it out. I even spoke the intro and outro sound.

Darcy Lee
Posted by ProBegger at 7:00 PM No comments:

Cypress Hill Insane In The Membrane


Cypress Hill - Insane In The Membrane.

This came out when I was a teenager like 20 years ago. Looked it up a few days ago. Some reference to sanity made me look it up. Perhaps I started singing it. Insane in the membrane. Insane in the brain.

House of Pain - Jump Around Lyrics

Got to this song from Cypress Hill. They are both similar in sound. Enjoyed them both. I must of heard this song before as the Jump Around bit is familiar. Adding this post to Music 2.

Darcy Lee
Posted by ProBegger at 6:45 PM No comments: 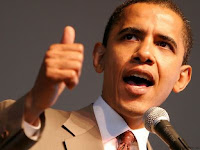 So as everyone is already aware USA has declared in a speech by president Barack Obama that Osama Bin Laden has been killed, is basically dead and now buried at sea.

I guess thats important to this blog. I've tried making it about Osama Bin Laden, and Al Qaeda and terrorists. A little. I started out about 9/11 and it appears on every page in the top heading passage of my blog. I've tried making this website about my phone call to a talk back radio station and yelling war a couple days before the planes hit the buildings. But alas it's being covered up. To any point, I find it important enough to warrant that it should be on You Tube my phone call. For the General Publics view.

My phone call needs to be reviewed by everyone. Not just a select few. Also I would like to make money off this phone call. You Tube would definately allow this. The Internet would allow this. There should be enough interest if people 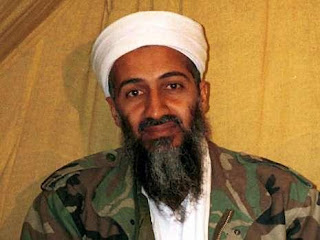 could actually hear the recording. It could generate alot of interest in this website to the very least with hits coming in to view the recording of me yelling war and declaring a war 2 days before September 11th 2001 as a key theme.

People get tortured everyday. Can't fight that. People are hungry and starve. I don't go hungry but I don't eat the best foods. Just heat and eat stuff. And takeouts. Mmmm. I do have a rodent problem. I have pulled out about 12 mice from this house now. Trapped them in spring loaded traps night after night. Must be like 2 or 3 or more generations of them.

My phone call if I ever get a copy could earn me just enough to get a home of my own and would maybe provide me with an income source for the rest of my life. Albeit a little income. But maybe I would be famous as well a little. Internet Famous.

Enough saying. Nobody believes a word I say. It's because i'm not so healthy. Bit mental. But listen provide me with a copy of my phone call to upload to you tube and I could have a lot of fun. I am being denied alot of fun.

So my scripture this time is this which is totally unrelated to anything i've said:

Darcy Lee
Posted by ProBegger at 1:49 AM No comments:

Doesn't it suck to be poor. Living in a horrible house. Eating terrible food. I talk about the same things all the time on this website. Pretty much not that interesting. My life is the same everyday. Stuck at home, doing the same thing.

Ah, I long for money. It gives you freedom. The governments of the world muwahaha, have conspired against me to make me poor. You know I worked hard. I'm not getting paid.

DOES anyone want to give me money? NO.

I really want some money. I have earned it. I want to say that my September 11th phone call is my property and it deserves a website. I want a copy of the phone call. The governments of the world owe me money for this. Because they know why. I worked hard. Click the World Trade Center Link on the left to read the story but it's really badly written like what i'm writing now.

Governments of the world muwahaha give me some money now.

Sorry I suck. Please donate to me. The governments of the world won't. Damn I suck. I R bored. No one believes anything I say.
Posted by ProBegger at 6:59 PM No comments: