I was looking through the top 100 videos with the most views on you tube on the wikipedia page and looked this up. It's pretty cool. Adding to music 2.

The war on death requires work.


Posted by ProBegger at 2:18 AM No comments:

World of Warcraft.  For the last month and a half i've been playing World of Warcraft.  It's been fun but I seem not to be playing it so much now.  I've been trading in pets and fighting the pokemon for abit for the last couple weeks.  I've made a bit of gold and meet some people.
My first mistake was that you can't learn a level 25 pet unless you've already trained a pet to level 25.  I found this out by making the mistake of buying up heaps like 10 level 25 pets for between 1.5k gold and 2.5k gold thinking I could resell them for heaps more but actually I paid the price that they pretty much go for.  What it did give me was pets to sell on other servers to buy other pets to resell to make money.
There is a quick way to level pets to 25 if you want to Google it.  You basically need 3 mechanicals levelled to about 5-6. Then you head to Karazhan and fight the level 17 eye things.  Get three green quality or better. Then you head to outlands and fight the buzzards or birds that are in the wastelands not far from Shattrath, theres heaps of them and they respawn real fast.  Next you head to the shrine in pandaland and take on the eternal striders there. Once you've captured an eternal strider then it's easy to get them to 25 after a few fights with other eternal striders.
One pet I recommend that can be cheap on some servers is an Anubisath Idol.  It can really help in taking on the trainers.  There is actually a 3k reward when you complete the battle pet quests which comes in your mail box. Also you will be able to level 2-3 pets to level 25 by doing all the quests.  So this adds 1-2k  to what the pet is worth depending on the pet.  And once a day you will be able to level a pet to 25 by battling the trainers.
Anyway this is what I have found out about World of Warcraft.  It's been fun levelling pets but I think I will only play one more month closer to when Warlords of Draenor comes out just to tidy things up. I'm also hoping to get a level 30 char to 60 by with the remainder of my time which is about 14 days.  I'm definitely going to try and play Warlords of Draenor.  It will be fun.
Anyway you should level your pets and beat the trainers it can be a good way to make gold.  This unfortunately has been my equivalent of work.
Leeda.
Posted by ProBegger at 5:07 PM No comments:

Poor With No Money.

Ideally for this website, to make money, to become profitable, I should be trying to post at least once a day. The problem is i'm stupid, I also live a boring life. Daily the same monotonous wake up be home all day go to bed day after day with the only difference being payday where I have to go out and do the grocery shopping.

If I could post once a day, I mean I have plenty of time usually, if I could post once a day, after a while then I might gain some traction and start to pick up hits in google, and traffic can be converted into money. I am getting more traffic than I ever have before but i'm not nearly happy with it. And it comes from only 2-3 different search terms. I haven't had any success with other social media such as facebook and twitter at least not yet, so practically my only source of traffic is google.

The top picture is my traffic for the last 14 days. With a minimum of 2 and max of 14 and average of guessing about 7-8. If you click the picture of the graph it will get bigger.

I don't know why you would be interested in knowing about this but I need something to write about. I got a hit for the words "immortality trap" the other day. Mostly I get hits for Bill Gates and his email address or his house and the Gpuz of my video card. Occasionally I get a hit for my name Darcy Lee. I get sometimes hits for the images I post along with my articles.

I'm not ranking for things like Virtual Reality, September 11th, 911 or World Trade Center and others which are themes of this blog.

VIrtual Reality along with the new word i'm going to use augmentation is the future and it's now. I have no proof about the technology to put pictures and a virtual world into your mind head eyes which is why no one is interested. People simply aren't willing to believe me.

People aren't interested much in this blog. They don't stay very long and aren't reading much.

I'm trying to be motivated in the face of share overwhelming odds. I want to make money from blogging. At least $80 dollars a week which is the cut off that I can earn on the benefit without them deducting from what I already earn. This is a dream of course. Lol $ 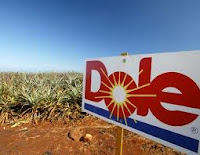 There's not enough money to go round, and most people are smarter, faster, quicker than me.

I simply don't have the where with all to post every single day about something different.

So i'm stuck. I'm not smart enough and the internet's not powerful enough to accomodate a dumb person trying to make a living from a blogger website. Sure for some people they have made millions. It was probably hard work and probably a little luck. I do suppose I only spend a couple or three hours every few days working on this blogger website which is not much in the overall scheme of things. It's just that again I have nothing to write about.

If you want to make money you have to post alot, which is alot of hard work. I'm not at the level of posting much. If you put in a 20 hour week on blogger after a while you might start earning money. I'm on the dole and have no spare money. In reality I won't make even a part time income from blogging.

Finding a part time job in real life is no easy thing either. I'm not sure if i'm ready to work. I'm still a bit shaky. Maybe in another couple of years I could work a job. If anyone will actually ever employ me. I haven't worked in over 12 years now. So re-entering the work force will be a challenge to say the least. No-ones interested in hiring a sickly 33 year old when they can hire someone fresh out of school who's really fit and hard working.

I'm only really eligible for the entry level minimum wage jobs as I have no skills. I wouldn't mind going back to polytech but unfortunately the student allowance pays alot less than what the invalids benefit dole cheque pays. I don't have a single spare cent at the moment to buy anything extra with and i'm not eating very well because i'm poor.

So enough about the poor condition of my finances, life and motivation. I'll leave it here.

I Can Finacially Support Myself and Not Have To Work and Be Wealthy. DENIED.

I can financially support myself. I can be financially independent. I can own a house. I have worked very hard for these things. I have earned them. I don't deserve my current conditions. My slavery. The suffering. The humiliation. The torment.

Your guess is as good as mine as to how long i'm going to live i'm only 32 but i've been pretty unwell so expecting a shorter than average life. I had someone I knew die not so long ago at the age of 34 from heart attack or something. Scary. You could go at anytime. The reason i'm saying is that it's been 9 years since the attacks and i've lived in poverty the whole time. I could of been living in a very nice house with a very nice established income for the last nine years. Again i'm expecting a short life with all the drugs they have been feeding me and the general all round treatment i currently receive. I'm poor very poor. I'm not even begging here. I simply want a copy of my phone call to make some money with. The people who have a copy can be contacted by leaving a message on this website. So here I am. Leaving a message. They simply Ignore WHATEVER I say.

I want my property. And I plan to post this audio sample on You Tube. With me yelling "WAR" and claiming there was going to be one. They know how important it is the people who have a copy.

They know that I can make money with the recording. Anyway everyone hates. If you don't hate me leave a comment.
Posted by ProBegger at 4:28 PM No comments:

It's the date of the 7/7/07. There was some concert on this day for global warming. Live Earth? Music was preformed on all 9 continents for global warming. I didn't see any of it at all. It's to cold to watch TV for me unless i'm in bed and also it wasn't broadcast on any of NZ's main tv channels so I couldn't even get it if I wanted to.

What is there to talk about in blogs? The stars are pretty at night. They are really far away. There are planets circling the stars. The ones discovered so far are uninhabitable. I remember hearing of a planet that might be totally covered in oceans that they discovered. Might. I ask why are we stuck on the planet. I see time as the only solution to space flight. Time beyond my years that I have left. Is it pointless to think about what other planets could look like if you were walking on the surface?

I'm sure at one time they didn't even know other planets were out there. Now that we know out there is stuff how do we think about it. I'm wondering what I can think about that will improve my life. I don't think. There's always a catch on this website, i'm trying to make money. Todays attempt is:

There are many bad things in this universe. What I suggest you do is open a webpage and write. Communication. You could open a webpage to make money, that could come like way later though. Essentially you should open a webpage. Make it about anything you want. It's Art, Stories, Movies, Pictures. You. The World. To improve your life and the life of others start a webpage. Because it's free to do so. Because there are many bad things in the universe that need to be dealt with. Because there is much to be laughed at. (Because you can make money). Power. What words do you want to hear to make you actually this day start a webpage? Build some property. Work some land. FreeLand.

This motivation brought to you by my Paypal button which you can click and use your credit card to give me money - developing this land. Work some land also.

Darcy.
Posted by ProBegger at 9:51 PM No comments: