I recently just put up a page on indiegogo.com asking for money so that I can play World of Warcraft when the new expansion pack comes out Warlord of Draenor.  You can find the page here: Indiegogo Page

Below is the text included from my indiegogo page. Indiegogo is a site where you seek donations and people actually go there to give money.  I'm hoping for $1000 dollars.  Here is the text from the page:

As people may or probably may not know the new Expansion for World of Warcraft releases on the 13th of November 2014.  The new 9gb patch with major changes is about to hit probably in 2-3 weeks with a whole lot of new changes and is using up my 40gb cap as we speak.
I'm hoping to play this latest WOW xpac.  But it's a huge burden of my mum.  She pays for my subscription fees and will probably end up having to buy the new xpac from the shop (I collect the box) as well.  I've been trying for a house for a while on this site and this but haven't had any luck.  Now i'm going to try for something smaller.

I guess what i'm asking for in this DONATION PAGE is contributions towards World of Warcraft and myself playing.  I hope this is ok.  Perhaps not just WOW but general  day to day life operations.

Wow costs about $15 US or $19 NZ Dollars a month for the subscription.  The xpac I think will cost about $85 NZ Dollars to purchase.  When the xpac hits I'm hoping to be up and awake for about 48 hours or more in a row and be consistently playing for a couple weeks solid probably.  What this means is I need Food from the supermarket and also money for takeaways like Pizza, Kebabs, Mcdonalds, Indian, KFC.  I need as much up time as possible and  as least distractions as possible.  This means money.  Probably what will happen is I will remain poor though realistically.

Of all things though it would be nice to have extra money for this game.  It would help me play.  I have about 300 days clocked up in this game over all my characters over about 5 years.  That's 300 days 7x24.  But I have done that time in like 1-12 hour stretches like I said over 5 years it's just the total time played added up from those 5 years.

Now i know it's illegal in NZ but I also like to smoke weed, it's the most expensive part of my life.  Please don't tell anyone like my MUM until I'm rich and famous and can support my own habbit.  Also don't tell the police.  Cause they suck.  I did ask for a licence to smoke as a reward, but it was only over NZ talkback radio and I can't confirm it.  This was only after making a phone call where I said "THEY DON'T THINK" three times in a row, then Yelled "WAR" declaring there was going to be one, then saying "THE THING" "THE THING", Then finally voicing a gleam in my eye.  2 Days later after that phone call the planes hit the buildings in America.  You can learn more from my website www.DarcyLee.com if your interested.

O yeah I trained myself for that Prophetic Phone call I made to the talkback radio where I yelled war.  I am a soldier.  Will you leave a soldiers request unanswered?
I'm not really a soldier though.  I'm just a weakling.  But I made a stand and defense during the phone call and it was perfectly spoken and timed and expressed.  LIke you have to hear it.

This is about my only claim to fame.  I believe the phone call is classified and most will say it doesn't exist but truly it's a Mona Lisa.  You don't destroy or delete a MONA.  It deserves it's place on YOUTUBE.com  But alas no.  It remains in government hands classified with no one knowing. It took intense suffering to make that phone call.

I need around $1000 dollars to live the dream for a little while playing the new xpac of World of Warcraft.  This will purchase the game for me get me 6 months to a year game time and provide food and weed for the first 2 or more weeks of playing the wow xpac.  It will possibly purchase a couple of fresh new 90s as well to level on different servers.

Anyway that's me Please Help.  Send money so I can continue to play World of Warcraft and can play the expansion pack without troubles.

Enough donations for a house would help all this as well of course.  But finding someone wealthy enough and willing is a challenge.  I having trouble with even one donation.

Here are my Characters in WOW:

The level cap for the xpac is being upped to 100 so 10 new levels.  All these characters have been hand leveled.  It kinda sucks for the poor like me now you can pay $65 dollars and get your char leveled to 90.  It takes me like 6-8 days played time to go from 1-90 so that's quite a low hourly rate but I have fun I guess.  Again that's like adding all time played across many days altogether.  So yep anyhow anyways if you can donate some money to me please do.

Love is kind so the bible says.  Be kind. Donate to me.

That's it.  Goto the page and have a look.  You can of course donate directly from the page this text is on by clicking the paypal button.  You now know my story.

Posted by ProBegger at 9:18 PM No comments:

Email ThisBlogThis!Share to TwitterShare to FacebookShare to Pinterest
Labels: Cataclysm, Indiegogo, Love, Warlords of Draenor, World of Warcraft, Wrath of the Lich King

Centuries - Fallout boy.  Heard this on the radio and thought it was cool.  Took a little while to learn the name to look it up.  Adding to Music.

Leeda
Darcy Lee
Posted by ProBegger at 8:56 PM No comments:

Adding this to Music 2.  Couldn't add the original video.  It's probably a bit better.  This is live.

Darcy Lee
Leeda
Posted by ProBegger at 8:50 PM No comments:

Adding this to Music 2 cause I like it but probably won't come back to it very often.

Leeda
Darcy Lee
Posted by ProBegger at 1:58 AM No comments:

Tina Turner - What's Love Got To Do With It.

What's Love Got To Do With It - Tina Turner.

Found myself coming back to this again.  I like most about this song but not all of it.  I guess I like it enough to post.  It's going under Music 2 though.

What's Love Got To Do With It.
What's Love But A Second Hand Emotion.


Leeda
Darcy Lee
Posted by ProBegger at 12:52 AM No comments:

Adding this to Music 2 as this was a favorite back when use your illusion 1 and 2 came out.  I would've been like 14 or 15 listening to this so 20 years ago.  It was cool.

Doesn't so much appeal these days though.  Only listened to this version once probably won't listen to it again.  12 minutes long.

Also this Post is this years 100th Post Yay.  This is a record amount of posts in one year for this blog and the year isn't over yet.  The reasons for more posts are I have been posting more of what I stumble across everyday.  Have also been posting more music videos this year and also forum posts that i've made.  That I guess is why I have a record amount of posts for the year.  The record for a month is 31 posts in August of this year.

Posted by ProBegger at 6:33 PM No comments:

All You Need Is Love. The Beatles.

The Beetles - All You Need Is Love.

Adding this to Music 2.  Not that I've listened to it much.

As long as you have love perhaps.

Darcy Lee
Leeda
Posted by ProBegger at 4:46 AM No comments:

Email ThisBlogThis!Share to TwitterShare to FacebookShare to Pinterest
Labels: Love, Music 2, The Beatles

All About That Bass Meghan Trainor

All About That Bass - Meghan Trainor

Hated this the first time I heard it but it grew on me and I found myself listening to it.  Adding it but it can be still annoying I think.
Posted by ProBegger at 11:51 PM No comments:

Email ThisBlogThis!Share to TwitterShare to FacebookShare to Pinterest
Labels: All Your Base, Music

Am I Wrong? Walk Off The Earth and Nico and Vinz.

Am I Wrong - Nico and Vinz.

This is the original.  I been hearing this on the radio.  Walk Off The Earth got me into this song though as I discovered there cover on YouTube and then was when I could finally put a name to the song.  Think I will be listening to this tonight.

Here is the Walk OFF The Earth Cover with KrnFX:

Am I Wrong - Walk Off The Earth.
Posted by ProBegger at 7:36 PM No comments:

Just came across this on facebook.  The first time I thought it was funny,  But it is violence.  They are just dressing it up in cartoons.  So yeah any violence bad.  That's what's wrong with this video. Watch anyway it might give you a laugh,
Posted by ProBegger at 1:01 PM No comments: 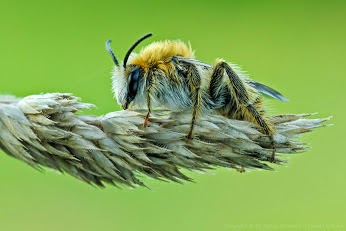 Thought i'd add this photo as it looks cool. The bee looks super cool.
Posted by ProBegger at 12:09 AM No comments:

Email ThisBlogThis!Share to TwitterShare to FacebookShare to Pinterest
Labels: Photos

Katy Perry - Wide Awake.  This is the Katy Perry Original.

I like this song.  Still listening to it.  Been couple days now.  Cool.
Posted by ProBegger at 2:15 AM No comments:

This cover is ok.  This actually got me into the original Katy Perry Wide Awake.  I like the original better. I'm a fan of Matt and Eric though.
Posted by ProBegger at 2:09 AM No comments: