Below are a couple of videos I made where I read out the post that is under the Osama Bin Laden World Trade Center link. I'll do a better copy hopefully, I wasn't very good.

Adding to all 3 Music categories and video and movies as well as terrorists label. Check them out if your to lazy to read the text.

Darcy Lee
Posted by ProBegger at 2:53 AM No comments:


Technically the above video was the first uploaded on my new fibre connection but it was filmed months ago. I don't even know if I had already uploaded it. The video below I made today on the 07/August/2016 I play Guitar a little and ask for donations and advertise this website. I managed over 30 minutes of video on the camera. Now the above video was 1.49GB and that took like 11 minutes. The video below is like 1.86GB and took about 18 minutes. On my old connection something like that would've taken hours.

Adding these to movies.

Posted by ProBegger at 11:53 PM No comments: 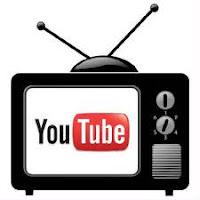 I'm no comedian. I'm no movie star. I don't even want to appear on camera much. But i've decided that i'm going to from now on write posts here on www.DarcyLee.com and hopefully make them appropriate to be read out loud for a camera and then posted on You Tube.

This is an experiment for me. I'm finding it kind of hard imagining how to write for a video. I've never made many videos even after owning a video camera. It just sat there and did nothing.

Basically now that you can make money from You Tube it's worth having as many videos on it as possible, as a bonus it could generate traffic for your main site which I found happened quite a lot or chiefly now earn you money via Adsense ads displayed alongside your videos.

So some information about DarcyLee.com This site is now dedicated to Virtual Reality Technology or more specifically Pictures Movies Images Graphics in your Head Eyes Mind.

Virtual Reality Tech of this kind has existed for a long time with the image quality improving considerably since it's first inception. It's only a matter of time until it's release.

DarcyLee.com is also about September 11th 2001 and how I, Darcy Lee made a phone call to a nationwide talkback radio show where I yelled "WAR" 2 days before the planes hit the buildings. 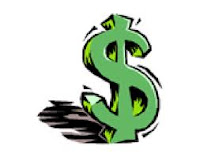 donations and advertising to support myself and my daily lifestyle. I'm trying to raise money for a house which is pretty impossible. I live on a benefit and don't nearly make enough money though at the moment I am living sustainably but with no spare money each week. So far i've made like $10 dollars in my pocket with another $39 on adsense which becomes available when I reach $100. No one has ever donated to me in about 5 years of blogging.

Darcy Lee
Posted by ProBegger at 12:37 PM No comments: