The Rolling Stones Sympathy For The Devil

This used to be the theme song of the show Tour Of Duty which I used to love staying up late and watching. They were pretty much invincible though the regular characters. It also probably glamorized WAR a whole lot.

TV gives the impression you goto WAR and your some sort of superman. Bullets never hit you. Or you only get mildly wounded. Take the movie Expendables 3. They kill like 1000 people plus tanks and helicopters. Basically a whole army. They walk away tired with a couple of scratches.

I just now watched a whole episode of Tour of Duty. No one in their squad died but the pilot that they were rescuing died. Basically supermen.

Anyway here is the episode I just watched:

Tour OF Duty S01E11. It's got a different intro but it's still pretty cool. I must of been watching the later seasons when the intro became Paint it Black.

And now finally for the Rolling Stones Sympathy For The Devil which is what originally set this all off.

The Rolling Stones - Sympathy For The Devil. I got a few plays out of this. Didn't realize this was about the devil or that it was supposed to be the devil speaking. Don't like the devil.

Darcy Lee
Posted by ProBegger at 2:19 AM No comments: 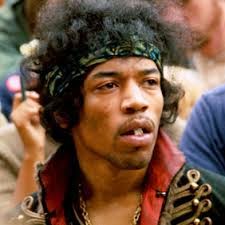 It's pretty late here.  It's like 15 minutes past 3amm in the morning as I write this first sentence.  I came to this version of Hey Joe by Jime Hendrix Live by thinking on the word Angel which can also be pronounced  as Age Ole or also I was saying it as Hey Joe.  So Angel = Age Ole = Hey Joe.  I didn't like HEY JOE when I first looked it up again a little while ago.  Perhaps when I was listening to A11 Along The Watch Tower.  But I remember liking hey Joe as a teenager.  I'm including hey Joe because i've given it a few plays now and also this paragraph has clues as to why i'm adding it.

What have I been doing?  Well playing more WOW.  I'm levelling a shaman to 60 and it's going to be my boost toon.  I was going to boost a 60 priest that I specially levelled but i'll probably just hand level him unless I become rich and suddenly get heaps of money enough to COUGH COUGH buy a level 90 or two. It sucks how you can buy level 90's now.  It makes it a rich mans game.  Guess it means if you pay $65 for each level 90 that my account is worth somewhere round $260 dollars for say the cost of four 90s that I have.  But this $260 dollars is nothing in comparison to the actual amount of hours I have invested in some of my characters.  It works out at about one dollar per 24 hours played sitting in chair.

I'm a terrible World of Warcraft Player.  I have no smarts.  Anywho.

Battlesheep was a domain I checked out but it's gone to some Portugal gaming company.  I check out domain names regularly and write down good ones I think are will be ok.  Most are stupid but who knows maybe one day i'll think of a good one.

I actually stumped Google a little while ago.  I searched for the word Militourance.  Google had absolutely no results what so ever for this word.  It's a word I invented myself and if it ain't in Google then it probably hasn't been thought of yet.  What do you think it means, what's the definition of the word?  It's quite hard to stump Google.  Also the word Miltourance stumps google.

I actually have hurt my back.  About three days ago I felt something kind twinge or snap or move in my lower back and it's been hurting ever since.  The first night was the worst I couldn't even move hardly it was very painful to move anyway.

Leave you with this.  According to the bible oneday there will be no pain no tears no mourning or the last enemy, no DEATH.  This means that we are still primitive and we must therefore think and take action perhaps fight hard to arrive at a place such as this.

With thought and truth it can be done much faster than we think possible perhaps.

I want to see a place like this where everyone is safe.  It would be nice to know GOD if he was real.  Like to prove that GOD was real or not would solve heaps of problems.  It would answer alot of questions for so many people.  Many many people follow religion and GOD and intertwine it with there very nature and being.  But this seems to much of a challenge to solve the answer of IS THERE A GOD?