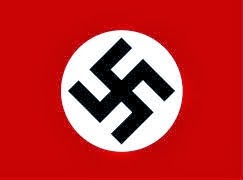 Fascist Nations.  Phone Call On YouTube.
Posted by ProBegger at 4:39 PM No comments:

A letter from Kerre Woodham to Darcy Lee.

This is something that Kerre Woodham said in an email on the 30th of the September 2010 while ago. Kerre was the host of the talkback radio show I made my phone call to where I said "They don't think" 3 times, then yelled "WAR" as loud as I could over the phone as an alert and general warning, then finishing by saying "The Thing" "The Thing" then saying "arrrrggggghhhhhh suffering" predicting suffering.

This was all just 2 days before September 11th 2001 all live on radio talkback air.

The first email from Kerre reads:

Darcy, if you don't start taking your pills, I'm going to send the doctors round again. You're not well. No organisation keeps records for more than a year so even if you think you made the call, there will be no record of it. It's vanished into the ether. Google it, and you'll find out that's correct.

There is no record of any imagined call. Now take your pills and leave me alone or I'll get an outside agency to help you do so.

That was the first email.

The second email from Kerre reads

Right. That's it. You are now spam so I will never receive your emails again and I'm sending the doctors round. They'll be there in the morning.

Not only do my phone calls exist somewhere for they are the base of many modern rock songs by such artists as RHCP, Linkin Park, Greenday, Eminem and that's just not something you delete but also she is denying the phone call outright.

Such fun i'm having living in poverty when I could be capitalising.  I really would like to see my original phone call on You Tube.  It does exist somewhere I know it.  I need a lawyer.

Does anyone have any suggestions?  Probably not.  So I guess it's the end for me.  Dun Dun.


Posted by ProBegger at 6:58 PM No comments:

So I thought I should mention the 10 Year Anniversary of the September 11th 2001 Terrorist attacks that took place in America. People might be searching for info about the 10 year anniversay and it might generate a few hits to be talking about the attacks around this time. I found that mentioning Osama Bin Laden when his death was announced generated a couple of hits, but mind you only a couple.

So why should I mention them. I remember about the attacks because of a phone call I made to a New Zealand nationwide talkback show 2 days before the attacks occured, where I yelled war and made a whole phone conversation about war live on air during prime time.

The phone call was clear concise to the point and basically said there was going to be a war and that everyone should urgently stand up and fight, I yelled war as loud as I could but still you really have to hear the phone call. 2 Days later the planes hit the buildings.

So that's my story for 9/11 I said there was going to be a War and everyone be prepared (no one takes interest in this) and then there was a war.

I don't have a copy of the phone call. It has been safely locked up away from public eyes and hearing for the possiblities that it presents.

The phone call and my testimony which is not whole without a copy of the phone call is a possible conspiracy that could never be solved without the aid of the Government.

Internally they know things. They keep secrets. They rule (they is the governments and controlling powers) over the public with an ironfist. Information is controlled. I'm not allowed to present a copy of this phone call. They keep it hidden. For all the good it could do about 9/11 and the doors it could open it is simply kept secret. It will probably never see the light of day.

The general public needs to know about this phone call that is still being kept secret 10 years after the September 11th 2001 took place but nothing will ever happen. I will die an old man and still be thinking about this. This is important.

I'm just rambling here. I just really want a copy of my phone call. Even after all this time. It would provide me with life long entertainment. The people have no power.

It's like freedom of speech and your speech gets taken away from you. I want what I said to be heard and it is intentionally being hidden. I couldn't be anymore angry about this. But there is nothing I can do. And nothing anyone else will do for me. I am kept tortured and miserable and poor. They keep me financially poor. I could earn money and generate decent traffic and people talking.

all. They torture me daily. Because you won't believe the truth. You are as bad as them. No one will help me. Not one person. I sat here for 10 years waiting for a copy of my phone call to post on the internet. And nothing but cold miserable torture and mind control.

The government own you. They own your flesh. They can do what ever they want to you and if you say anything you get labeled by doctors as delusional. They won't let you hear the truth. They keep it covered up away from you. They experiment on people. They torture people. I am one of the tortured. Simply because you won't listen and you won't give any money. This is your fault not mine. I've done nothing wrong. I should not be tortured simply for telling the truth. I am not lying.

Forgive me if I offend you but this phone call is an important part of my life and I want to move on and get some closure. I also want to stop being tortured.

Posted by ProBegger at 10:43 AM No comments:

It first started 12 years ago when they lobotomized me with some machine while I was quietly living in my house not hurting anyone. Not a fly.

Now there back. They torture me because I supposedly hate America or something. Least I think thats the gist of it. They basically hate me so much they get great pleasure in seeing me suffer as much as humanly possible.

They cripple me financially. They do everything in there power to hurt me and make me suffer. They have me hooked up to a machine 7/24. Fascist Mind Control Slavery.

This is the government. Your government anywhere in the world.

I said America sucks a few times and started hating on the people monitoring me and I end up a tortured slave, this is like 7 years after 9/11 and my phone call. 7 years of begging everyday for a copy of said phone call or some cash. 7 years. Let 7 years be marked and remembered as a fucking long long long fucking long fucking time to have no cash or a copy of my phone call and to be begging everyday for these things.

I want a copy of my phone call you fucking fascists monitoring me. Fuck off with your torture. I want you to goto jail. No one ever should be mind controlled. Fascists.

If you believe people should be mind controlled tortured by the government do nothing. Read this and do nothing. That's what will happen to so many. Men, women, children, the unborn.

If you want my torture to stop then donate some cash to me or time or something only you can think of. I really need a house.
Posted by ProBegger at 8:29 PM No comments: