Found myself singing freedom so looked that up. George Michael died not so long ago. To me 2017 seems like a really advanced year. Like it's a lot of progression since i've been born. Tech is advanced but also thoughts are advanced. Things are entering the human mind that have never entered it before.

Old people are dreaming dreams and young people are having visions. With the matrix tech now being widely used but still secret it seems this age is fast coming to an end.

Immortality shouldn't be far away at all. I'm hoping within 20 years or my life time we can at least extend life well past 100. People, many people, are working on immortality everyday. This will bring true freedom. It is a joy to see the world and people being lifted out of everyday situations to go onto much better things. There is still a cycle of poverty to be beaten though. The matrix tech will bring alot of joy to people as long as their not criminal. Criminals have something to fear.

Darcy Lee
Leeda
Posted by ProBegger at 6:52 PM No comments: 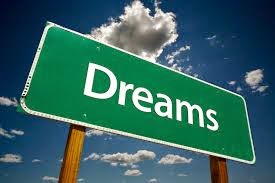 I saw a YouTube video about interesting human body facts. One fact was that Higher IQ is correlated with more dreams. Another... You cornea is the only part of your body without an oxygen supply it gets its oxygen directly from the air.

There ya go. Breath them eyes. I' not adding the video I watched. I thought it was more interesting but after watching it a second time it wasn't that great.

Darcy Lee
Posted by ProBegger at 12:42 AM No comments:

disappointing that Gods not real and Jesus never existed because with my living water I could generate billions of dollars. Ya the the water that I drank of from a cup on my coffee table one morning that tasted like it was living, that could generate billions of dollars just magically appearing into my possession, my bank account, if Jesus had existed because in the bible he says he will give someone living water and it will become ever lasting life. Living water hmm. John verse something something. Jesus never existed. I'm sorry for talking about the bible. It's not anything worth spending much time over. Anyway with that sort of power you could earn billions quite easily.

I've mainly mentioned living water in an attempt to rule over christians. Muwahaha. Won't work though. I've written about it because it's

connected with ever lasting life and thats something i'm really into(bible is false). Muwahaha, christians you must obey me. Muwahaha. (An army is always handy). I'm looking for donations really so i'm writing stories here on this webpage. Living water is the story of me ruling the universe but not really because the bible is false and my living water is like a really stupid thing to talk about exactly because the bible is a dumb thing to believe in and my living water was also something like a delusion which is a dumb to like obsess with and even attempt to rule the universe. Just saying god doesn't exist again.

this with donations. Hehe. I've made $10 dollars so far so thats 1 billion 19 million 999 thousand 990 left to go. It won't be that hard. I'm of the illusion you should aim big. There have been news stories of people making a house through donations with the net. I'm going for a billion. The aim is a billion dollars or as close to it using any means legal etc possible. This webpage is part of the aim for a billion. Millions will be fine. It's nice to think it's possible to make a billion dollars. To think it's possible. Some that think this will.

If you believe in god like the bible then I rule the universe because of living water scriptures because god is actually real and I was just saying there wasn't a god umm *cough* yeah anyway donate because the world is evil.

Darcy
Posted by ProBegger at 4:49 AM No comments: