10 Things I Would Buy If I Had The Money.

If I had the money there are some things I would buy:

3) A new desktop computer. I could easily spend $2000 dollars on a new desktop computer the new computer would be 26" monitor or bigger and a nice fast video card for games. If I was on a budget I could prolly get away with spending $1000. My current desktop monitor can only do 1680x1050 res where as High Def 1080p is 1920x1080 so upgrade there and any speed increase in cpu vid card and ram would be great.

4) A new couch could probably spend anywhere from $1000-$2000. My current couch is useless for lying down on and sleeping and watching tv. 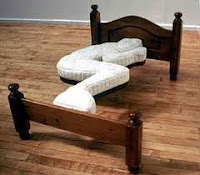 Could probably spend $2000 easy. My current bed is 10 years old or older so something new would be alot more comfortable.

6) Cellphone. Could spend $1000 for something just for show thats features i'd never use but sensibly could spend $200-$300. Lost my current cells charger so thats why I need a new one.

7) New Stereo. Could easily spend $2000 on speakers and amps or package deal. If I was on a budget I could spend $400 on a sony stereo that I like. My current stereo is 6 and a half years old so it's a bit dated.

8) A new Video Camera. Now this is just dreaming really because when I had a video camera I just ne 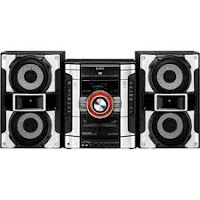 ver used it. But you tube is monitized so possibilities of making money. But I would just never use it probably but it should still be on the list as this is dreaming anyhow. $400-$600

9) A new computer chair. I've gone through a couple of chairs and the one i've got at the moment is the best i've had so far but it's still not perfect. $200

10) I would like a new HDD video recorder. So maybe $500. Or as an option I could get SKY TV on at a cost of about $1100 per year which would be a recurring cost but the video recorder is included. Obviously i'm dreaming.

So that's it, 10 things I would buy if I had the money. At the cost of around $10000 dollars I could probably cover everything on this list.
Posted by ProBegger at 8:20 PM No comments:

At the moment I smoke cigarettes. I've smoked now for about 13 years, since the age of 16. Many people i've found use their blogs to keep track of progress in their lives and tell us about daily events and things that happen, everything really. The date is the Sixth of May 07 so by mentioning smoking here i'm hoping that I can possibly chart the progress on my smoking habit as well.
Money can improve my life, as it would improve almost anyones. If I give up smoking i'll save a minimum of NZ $33.39 dollars a week. This blog I hope will be multipurpose and contain everything I can think of, perhaps not just one particular theme, if there is a theme it's about trying to make money. So by giving up smoking i'll have money to divert to other areas which would be far more beneficial than buying cigarettes. My efforts at the at the moment are basically thinking about not smoking alot and trying to build something that will get me off them er by thinking. At the moment I can't even start only lasting at the longest a few hours. I always manage to get cigarettes, so i'm just beginning to deal with how I seek them. I can't think of a better word at the moment as I don't know something similar but the word is progression. I'm trying progress my mind to stop smoking.

I'm living on a Government benefit at the moment so giving up smoking I will further progress my life and how much money I have available as well. Time is important for giving up. I guess just by writing about smoking here that it will help. Thats what i'm doing I think. I'll write random thoughts about smoking in articles I write here every now and then. The more I concentrate on it and the more I throw at it I hope will eventually achieve the goal of not smoking.

I'm trying to optimize everything in my life and get as much as I can out of what I have. The extra money I will have from not smoking makes the goal worthy, like making money, not to mention possibly extra energy and fitness I will have. I am really stuck with it though. I can only forecast many more years of smoking at my current rate of progress. I'll do what I can here on this blog to help stop smoking. At the moment I feel it's a long way off from me not smoking but i'll keep at it that's all I can do.

I own, my possessions are computer with broadband, telephone number, stereo, video, TV, washing machine, fridge, couch, bed, alarm clock, cell phone number. All at good level of condition and not outdated much. That all cost about $2000 NZ dollars. I pay rent for my house.

House, scooter, here is a photo of a Sony 50 Inch 3 LCD Bravia TV for NZ $2699 dollars for my wishlist. I think i'll add a wishlist down the side of this blog and only mention it occasionally ticking off items overtime when I achieve them instead of writing lots of different posts about it.