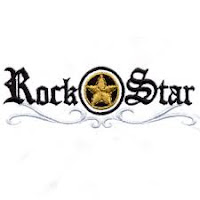 These are the days leading upto the move from my current house of 5 years 8 months to a new house.

I lose alot of ease of access to shops like fish and chips, supermarket, kfc, service station. These are all just across the road at the moment. My new house is alot further away. My new house is nicer though. It's about the same size as my current house but the interior is nicer and there is a fire place to keep warm and save using the electrical bill.

I have a flat tyre on my 50cc scooter at the moment. The rear needs pretty much a whole new tyre. It's pretty bald. Now it's flat. And there wouldn't be much point fixing it without replacing it. I don't use the scooter much at the moment but in the future it's going to be a lifeline. I hope I have good luck with the bike. I would much prefer a car but they are so much more expensive and really you need to be working to afford the running costs.

So scooter = pack mule for groceries in future, i'll need the scooter which has a compartment on it plus probably a school bag to carry all of my groceries. Joy and fun.

Nothing else exciting has been happening to me.

I'm jealous of people with educations. They can get awesome jobs. I can't even get supermarket work. They're also smart and do smart stuff. I ain't so bright.

I would like to get some sort of polytech education in computers if i'm ever able and i'm going to return to the work force. That would give me a foot in the door. But it's a long hard struggle from here where I am living in hell.

That's just one road. Rockstar is another road. No.

It's been nearly 10 months since i've had a cigarette. That's one thing. A good accomplishment.

I need some goals and plans for this web page. I dream all the time and so far the plan being is to get a freehold house and live off my government benefit while making an income preferably from home on the Internet that doesn't get my benefit docked ie under $100 dollars and having maximum free time and money to do stuff or just being outright rich.

I'm planning on hopefully never working again. But maybe i'll have to work part time if I ever want to get any where financially. The internet is practically my only hope at the moment of making enough money for a house and the hope is pretty grim. This is turning out like a FAQ post.

So my goal and plan is to get a freehold house by making lots of money through the internet. This is more like a dream than a goal or plan I guess as my chances aren't very good. I've been trying for 5 years in a relatively lazy style and I haven't gotten anywhere. I don't have any catch or hook at the moment.

I do just have words. There's Virtual Reality Pictures in your head technology happening around the world right at this moment. And also somewhere exists a phone call of me yelling war 2 days before the 9/11 terrorist attacks in America live on talkback radio. The phone call I could post on You Tube and then have a copy of it selling for $5-10 dollars on Itunes. These are a couple of the things i've been going on about. So I believe I can make some money with these topics.

Thats it from me for now.
Posted by ProBegger at 4:43 AM No comments: