Listened to this for a couple days.  This song is about 20 years old now.  Was just 16-17 when I first heard it.  Have memories of a friend listening to it then rewinding it on tape and listening to it again over and over.  I'm only just catching up to what my friend doing toin Wonderwall back then by this I mean getting multiple plays out of it myself. Of course tech has advanced now and I only need to push play on YouTube and the song starts playing again.  None of this rewinding tape.

I'm hoping to listen to this more.  But even so i'm adding this to Music 2.

Darcy Lee
Posted by ProBegger at 2:49 AM No comments:

Was Jesus Resurrected and How to Prove it. 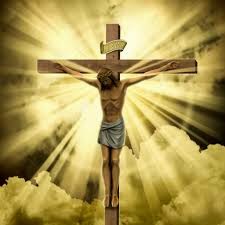 On another topic....   Just consider such an impossibility of proving that Jesus was or wasn't resurrected.  I thought such a thought as to prove the existence of Jesus.  If he was resurrected then he's awesome.  But there is no proof.  But there are still so called believers.  But they most of them, the believers are without proof, going on just faith and belief is not good enough. It's impossible to prove.  Jesus is either hiding or dead.  If he's hiding then he don't want to be found easily.  If he's dead then there's still no proof of that either so people keep believing.

In your opinion what is the best way of solving the questions such as Jesus, God and other religions. Like they can't all be right can they?

The bible says the earth will be filled with the knowledge of the Glory of the Lord as the waters cover the sea.

So I wonder what God is waiting for.  I'm kinda waiting on God.  I expect i'm going to die before I see God.  I would like to see God if he's real.  A mansion in heaven and eternity to live would be awesome.

I want to be the one to prove or disprove God but I think my time has passed i'm old as.  I'm an ancient.

Really it's not up to me to prove God.  It should be up to God.  But i'll be glad to help ya aye God.

But I guess it can be proven with belief and not fact that Jesus didn't get resurrected and God isn't real.  We shall know the truth.  So what is the truth about this.  Most argue now that God isn't real.  I see their point.  But I grew up in the bible.  I like it.

I'm kinda ashamed of Jesus though.  Am I?  I can't back him 100%.  All I can say is that he probably suffered to the extreme if he was crucified.  So I can share in his sufferings.  I have suffered to.

So the question remains.  Was Jesus resurrected.  IS GOD REAL. I think it's beyond me the simple who tends to believe in a God and Jesus even though they do nothing.

Suffering says God isn't real?  There's plenty of suffering going round. God is needed. More than he knows I guess. I can't figure.  I can't figure if God is real or not.  I tend to go with the crowd who says he isn't real.

World of Warcraft - Warlords of Draenor. 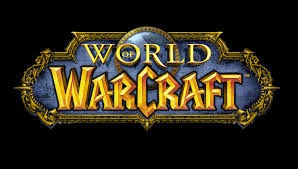 So been playing wow a bit.  Just hit 100 today actually on my Druid.  It was pretty cool.  But i've fallen way behind everyone else.  Spent 14k on a ring stupidly. Probably won't get my gold back but i'll try, might have to use it eventually.

I ended up buying a heap of spirit dust.  I'll sell it in like 2 years time when it's rare.  Wow should still exist by then and i'm sure if i'm still alive cause u never know but i'm sure i'll be playing wow.  I've heard of a death of a wow player which was a little sad.

I currently have about 200k gold but that is basically just one expensive mount or gearing a few characters off the Auction House.  You make about 10k Gold Leveling from 90-100 but your garrison costs a fair bit.  I made a little Gold out of enchanting about 20k but it took a bit of effort like sitting in front of the AH but I topped out at like 35 sales an hour after advertising in trade.

Next expansion hopefully i'll do better.  I failed in this one a fair bit.  I mean I only hit 100 today. That's nearly 2 weeks since release.  Sad Panda Again.

The xpac of World of Warcraft has been fun though I must say.  I'll try and play a bit more at 100 over next few days.  I've already run the normal dungeons at least once as a healer
.

Leeda
Darcy Lee
Posted by ProBegger at 2:23 AM No comments:

Email ThisBlogThis!Share to TwitterShare to FacebookShare to Pinterest
Labels: Cataclysm, Warlords of Draenor, World of Warcraft, Wow, Wrath of the Lich King

I almost didn't add this but I found it playing through my head so I went back to it.  Adding to Music 2.

Posted by ProBegger at 9:46 PM No comments:

Brain Decoder Can Eavesdrop On Your Inner Voice

Brain decoder can eavesdrop on your inner voice.
This is a link to an article that describes how they can read your mind.  They have been able to do this for years and it is far more advanced than you think.
They have the ability to control us.  They can read our minds from a distance.  I have been made deaf by their machine that constantly analyses me.
This is only what they are showing us.  They can do far more.  You have been warned.
They torture me.
LOL not funny...
Leeda.
Darcy Lee
Posted by ProBegger at 12:50 AM No comments:

Used to listen to this back in 2004 sometime on a Christian radio station.  I love the guitar and have quite often come back to this song.  I'm adding it now to Music 2 as other might enjoy it.  I still listen to it occasionally.  I also believe this is one of my songs that I cameo in the lyrics.  It's pretty much based on what I said anyway.  When it says "If I Rest My Head" I was talking both about a beach head being rested and my own head as I couldn't find any rest no matter how I moved.  I was always in pain.

Darcy Lee
Posted by ProBegger at 5:06 PM No comments: