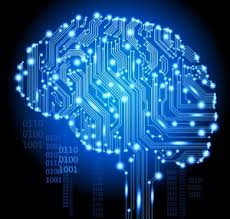 The Ancient of Days. 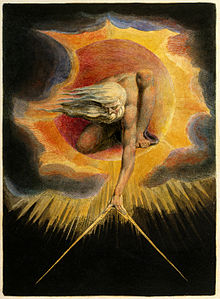 I thought it was very cool. Now.... I was searching for ancient of days because I sometimes call myself by that. I use this term because my suffering was like every day being a 100 years.

I feel ancient and very old and my body shows it. I'm lucky to have survived. I'm still a captive though of the Govts, still their slave.

I also pronounce Ancient of Days and Ate Shit of Days reminding me again of the long time I suffered when I should be having the best time of my life in my youth.

Write your comments about this Watercolor.

Daniel 7:13 “In my vision at night I looked, and there before me was one like a son of man,a coming with the clouds of heaven. He approached the Ancient of Days and was led into his presence.

Daniel 7:14 He was given authority, glory and sovereign power; all nations and peoples of every language worshiped him. His dominion is an everlasting dominion that will not pass away, and his kingdom is one that will never be destroyed.

I'm coming into a kingdom sooner or later of lots of money and modern tech. I hope to make it one that can never be destroyed or never pass away.

I believe in immortality and resurrection. These are things my kingdom stands for. We are in a fight against death. Death is the last enemy. One day Revelation 21:4 There will be no more death' or mourning or crying or pain. My kingdom stands for these things.

People need lifting. Burdens need to be carried. There is a scripture for that it is: Galatians 6:2 Carry each other's burdens, and in this way you will fulfill the law of Christ.

So we can help each other. I will be helping others when I come into my kingdom and my kingdom should create a small fire and shift in the world.

Hopefully some everlasting damage can be done against all that is evil.

Hopefully they will be lifted to a higher life. The matrix tech is coming. This tech in itself will change many things. I've had some wonderful dreams.

Posted by ProBegger at 1:19 AM No comments:

More Than Conquerors. Scripture For The Day.

Romans 8:37 No, in all these things we are more than conquerors through him who loved us.

This is the scripture I have been thinking on since last night when I read it. I'm mo
re the person who has been conquered at this stage in my life. The Govts are putting thoughts into my head via their matrix mind control tech.

Nobody believes me of course. But this tech is pretty easily able to conquer anyone. So yep I have been conquered and made a slave of by the Govts.

I am not a "More Than Conqueror". I haven't conquered at all. Not yet. I have my songs. But I have no power for people to believe the truth about how I cameo lyrically in like 20 now famous charting songs by various american and world wide artists. I have no power to get the truth about this out in the open. But you could call this conquering the music scene and by proxy conquering the world.

In this area I have conquered the world. Through music. Everyone in the world would of heard at least one of my songs by now. Honestly there were so many and they spammed radios world wide.

But saying this. It's not really much of an achievement. It only took money. Sure a great deal of money. But I have only conquered the world through spending large amounts of money. It wasn't even my money. Someone else invested or paid for the songs to be created based on my Sept 9/11 phone calls that I made to a talkback radio station.

I guess it could be argued that this is quite an achievement. I had no money of my own. I wasn't famous. I had no high tech or valuable skills at all. Yet I managed a to convince a few people to spend millions of their dollars on me to get the songs created.

So from small beginnings I have come and sprung forth to more than conquer and dominate the music scene from 2001 to about 2008 on a global worldwide massive scale.
The world doesn't expect it or see it coming and it's happened it such away that the world doesn't believe me. Not one person believes me. But I speak the truth.
I am more than a conqueror. But I have been conquered by the Govts. Perhaps one day Jesus will set me free and hopefully then I will be free indeed.
For now i'm planning on trying to do more conquering by meditating on these words "More Than Conquerors".
I'm only more than a conqueror in music. Most other areas I fail. I'm perhaps been made a retard by the Govt's. So no coming back from that. Once your brain is damaged it's damaged I believe. Doesn't take much either. Not when they know what they are doing and know how to make you a retard these Govts.
So yep that's me i'm going to do some more than conquering. I guess Jesus ain't real. I don't stand a chance. Just wish I could break free of the Govt's. Perhaps conquer them.
So Jesus Bud. Let me conquer these Govt's that persecute me and my freedom in my own home. Let me conquer through truth and love. Let me conquer the small as well as the large things. Let me conquer all things.
Let the world burn with a righteous fire of Love Joy and Purity.
Let the music that has been created be seen by the world. This should start a fire.
I hope to be more than a conqueror as seen in the bible.
I shall keep thinking and meditating "more than conquerors".
Leeda
Darcy Lee
Posted by ProBegger at 1:45 AM No comments: