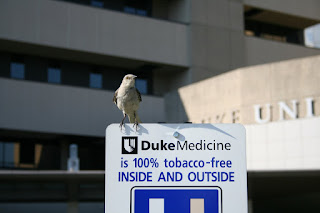 Haven't been playing World of Warcraft much lately. There isn't much to do if your not raiding. I'm bored with the auction house, I have 135,000 gold. Healing is a challenge. A friend of mine has been playing my mage for me and my mage is now more geared than my druid. Also my friend joined a pretty advanced guild and got walked through Blackwing Descent the first four bosses anyway so my mage is also further raid progressed than my druid. My druid doesn't even have any raid kills.

What else has been going on in my life, not much. I'm still very poor cash money wise. I just got a pay rise of $3.20 NZ dollars a week thank you New Zealand government. That puts me on $308.38 per week NZ dollars in the hand. But there's nothing left over once i've paid all the bills like rent, phone, Internet, electricity, bought petrol and food. Sigh No money left to buy additional stuff that's needed.

So today the 20th of April 2011 is like exactly 7 months since I gave up smoking to the day.

Some things I could suggest that might help but not really. You need something to occupy yourself and pass time for the first couple few days. I used World of Warcraft alot. I just played and passed time. Maybe start playing computer games maybe PS3 or Xbox 360. Getting rid of all tobacco and related stuff is a good idea. Also try and run out of tobacco at night time just before you goto bed so you get the whole night to sleep and be free from cigaretters for at least 8 hours initially before waking up. You will get cravings but you have to resist them this is where occupying yourself comes in.

They say nicotine gum or patches can help with the cravings. I guess you have to be aware that you will get cravings or thoughts about cigarettes but being occupied with things can help them to pass quickly. You have to be determined and have a lot of guts.

Another thing is not being around others who smoke. Often others will offer you cigarettes sometimes going out of there way to make sure you smoke. Also seeing others smoke can make you wonder what it would be like. A temptation.

I'm watching Bastion of Twilight at the moment on World of Warcraft. My friend is playing my mage and i'm using his laptop on Wifi with the batteries. Guess what. The battery died just then and it's now a couple of hours later and i'm back on the desktop and my friend has gone.

My friend got to the last boss of Bastion of Twilight and then got switched out. Not that anyones interested in that.

I was just typing this out on his laptop for something to do. I've truly run out of things to post about. I've asked for money lots on this website but that's failed. No-ones interested in giving me money.

Saying that i've made about $33 dollars US on the google ads u see on this page. Amazing yes. Well the thing is thats over nearly 5 years of having them. Another thing is you don't get paid out until you reach $100 dollars. It's in my interests that people click the ads but mostly the ads are for something terrabad so don't get clicked. Not that I have much traffic anyway. It's all about traffic. The more people you have visiting your site the better you do. So at the current rate I should get a payout from google ads within another 10 years. Lol

I've written about this before but truly I have nothing new to write about. What else can I write about? I'm going through Sisters of Mercy on YouTube at the moment listening to different songs of theres. Someone I knew had there cd a long time ago you should check out Temple of Love by them if you haven't heard it.

Ok i have nothing to write about now. I wish I had more money. Mostly I want a house so I can be somewhere more permanent and be even more retired and have more money because your not paying rent because you own the house. There's still bills like insurance and rates but these are cheaper than paying rent. I dream of owning my own house and not 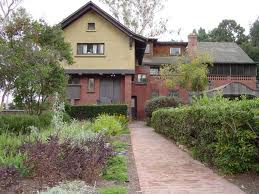 having a mortgage. A nice modern brand new house thats large. House prices are so expensive now that a mortgage is out of the question for me.

It's about (just guessing) $200,000 NZ dollars to buy the cheapest house in the town I live in. That's not in a very nice area and that's not brand new.

Anyway my dream of a house is nearly impossible in today's modern world. In the mean time I still have to deal with a mouse infestation in my current house.

I wish I could afford to move but if I do all my costs will go up and I will have to borrow for bond and weeks in advance which I will have to pay back reducing how much money I have for upto a year. I don't quite feel well or motivated enough to get a job yet. I think i'm allowed to earn upto $80 dollars NZ per week without it affecting my benefit income.

Ok so thats me for tonight. The photo is a Northern Mockingbird or Mimus Polyglottos. The other photo is of a random house. Donate by clicking the paypal button.

I stopped smoking on the 20th of September 2010. This was the fourth time this year that I had tried to give up. The first time time I did 11 days. The second time I did 30 Days. And the third time 32 Days. This time i'm sitting on about 60 days. Also this means that i haven't smoked for 4 months total out of 2010.

60 days is ok. I mean i'm wondering a little right now what a cigarette would be like. But I can so far seem to handle not actually smoking one.

I imagine if I started again it would be ever so hard to stop yet once more and that 60 days would be wasted.

One thing I think about is that things will change. The longer I go without one I think the desire should go away and i'll become less interested. My thoughts about cigarettes will change. It's like counting the days until it's so far that it's real hard to count and counting doesn't matter so much i guess.

Cya Later.
Posted by ProBegger at 3:15 PM No comments:

Advice for smokers trying to quit. Um. Try zyban. It's a pill u take or see your doctor and ask him to recommend a smoking pill.

I don't know how I was able to resist the temptation. It's like i had a voice or thought go off like "have a cigarette" and I was able to ignore it and it wasn't to painful and wasn't in control of me.

Having something to occupy yourself could help. I played alot of World of Warcraft. I used it as a crutch. And maybe some sort of reward system could help. Like rewarding yourself for how long a period of time you can go for without a cigarette.

I still count the days. So i'm still hanging out. Reading this won't really help you give up smoking but you should keep trying. I'll try think of some things.

I did find when i had a friend come round who smokes and my thinking was driving me crazy to have a cigarette that nicotine gum helped. It took a little while to kick in but it soon quietened everything down.

In NZ u can get nicotine gum really easy through some quitline. So i'm sure it will be easy to get in other countries hopefully. I found my first few pieces were completely digusting. It burnt. But it began tasting quite nice when i came back to it a few weeks later. It did help. But I have stopped using it as well though i might still for real tough times.

SO thats me 26 days. I'll keep writing. 23 of May I stopped. Had my last cigarette b4 I went to bed and that was me the next morning.
Posted by ProBegger at 7:25 PM No comments: